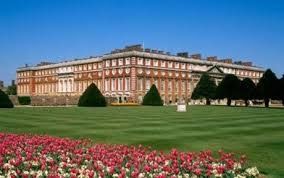 The tour will begin in London on Sunday 2nd July and will include visits to some of the leading UK nurseries in the South East of England. It will be possible to join us in Belgium from Friday 7th July to attend the short tour. A post conference tour to Northern Germany from Friday 14th to Tuesday 18th July will be an option for those who can stay longer and wish to see more of horticulture in Europe.

Visits to UK Nurseries and The Royal Horticultural Society

We will travel to Hampshire to visit Fairweather’s Nursery, who produce young plants for international wholesale growers, mail order companies and retailers and New Forest Plants, specializing in herbaceous perennials, garden herbs and alpine plants. There will be the choice of either visiting Exbury Gardens, the inspiration of Lionel Nathan de Rothschild or Beaulieu with its grounds, gardens and the National Car Museum.

We will be spending a day with the Royal Horticulture Society. Beginning with a visit to their gardens at Wisley, the second most visited gardens in the UK. There will be the opportunity to see the trials for the Award of Garden Merit (AGM), a mark of quality awarded to garden plants by the RHS since 1922. We will then go to the world’s biggest flower show at Hampton Court, organised by the RHS. Hillier’s Nursery and Arboretum will be the horticultural focus. Hillier’s have a history dating back to 1864 and produce the famous reference book; Hillier Manual of Trees and Shrubs. They are proud of their worldwide reputation for quality, plantsman ship and innovation. We will then go on to the Sir Harold Hillier Gardens. Harold Hillier was the grandson of the founder of the nursery and began the garden in 1953. It is now managed by Hampshire County Council to a high standard.

We’ll spend a day with members from the South East England Area of IPPS Europe. Visits will include Roundstone Nursery, one of the UK’s propagators and producers of protected ornamental plants. The day will end with an evening in Chichester.

On the way to Gent in Belgium, we will stop at Provender Nursery, formed in 2013 from a merger of Wyevale East Nurseries and East Horticulture. It supplies plants and horticulture sundries throughout London and the South East and is managed by Richard McKenna, Vice-President of IPPS Europe. We then take the ferry to Calais and travel on to Gent via the Willy de Nolf nursery with its 65 acres of greenhouse and container fields of high quality plants.

Those coming on the short tour will meet us in Gent, Belgium.

We will then return to Gent via the PCS Ornamental Research Station. In the evening we'll go into Gent for a meal of local dishes in the 15th century Great Butchers Hall.

Leaving Gent, we will travel to the Netherlands, stopping at Solitair, a nursery owned by the Cools family. It is especially known for its trees pruned into specific shapes. In the afternoon there will be the opportunity to see something of the Dutch engineering for flood prevention at the Delta Works.

The Rötjes brothers who own a young plant nursery will host a visit to the town of Lottum, where we will have the opportunity to see several nurseries and horticultural businesses before travelling on to our final hotel, the Van der Valk in Alphen on the Rhine.

A highlight of the tour will be a visit to the world famous flower auction in Aalsmeer. This will be followed by visits to nurseries in the area.

The International Conference starts Wednesday, 12 July. There will be an alternative programme for those not attending the conference

The conference begins after lunch on Wednesday and a separate programme of speakers and visits will be published for this. There will be the opportunity to visit Amsterdam and also Boskoop, a town famous for its nurseries.

On Friday, 14 July, after lunch, the post conference tour will depart for Germany and the coaches from the tour will return to England. The conference venue is also not far from Schiphol airport for those wishing to fly home from the Netherlands.

In Germany we will visit Bruns-Pflanzen-Export GmbH & Co who specialize in field grown trees and shrubs, specimens. After lunch we will go on to zu Jeddeloh Pflanzenhandels-GmbH, a container plant nursery. That night we will spend at the Park Inn by Radison in Hamburg.

W. Kordes' Söhne Rosenschulen GmbH & Co KG will be our first stop the next morning. They are rose breeders with production both in the field and in containers. We will then move on to Hachmann Baumschulen, Inh. who specialise in Rhododendron, Japanese Maples and rare plants. Following lunch the final nursery of the day will be Kordes Jungpflanzen oHG, producer of potted liners. Returning to Hamburg we will have a city tour before dinner and returning to the hotel.

Heading back towards the Netherlands we will stop at Ralph Lüdemann Baumschulen, who produce bare root transplant seedlings and we'll have the opportunity to see their automation.

We will then go on to Gartenbau Silber GbR, producers of Erica, Calluna, Liners, and finished plants like the new PDR Hypericum inodorum cultivars.

A Nursery visit will be arranged for the morning of Tuesday,18 July, before ending at International Departures Schiphol Airport. This will depend on individual travel arrangements.

Please watch the IPPS web site for updates to the programme as our planning develops.