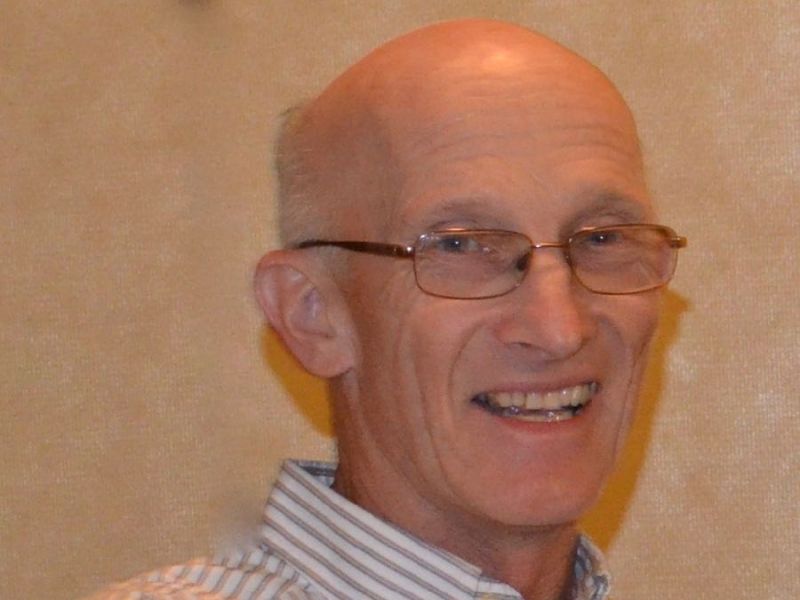 The horticultural industry globally has certainly seen its share of issues in recent years and businesses have had to adjust and adapt to the 'new' economy, as well as challenges from the weather. I hope that 2016 has been a good year for IPPS members whether you are entering winter or the summer season. Here in the mid-Atlantic states of the east coast of the USA we have had the coldest May since 1882 and until very recently have only seen the sun a few times this month – most unusual.

After four years as chairman of the IPPS international board David Cliffe’s (Australian region) term on the board ended December 31, 2015. Prior to becoming chairman David was the Australian director for a number of years. We thank David for many years of loyal service to the IPPS membership.

As of January 1st the following are members of the IPPS international board:
Chairman:
Alan Jones (Eastern Region Region)

The 2016 board meeting was held recently during the international tour in New Zealand.

Board Meetings
During the tour the international board meets both formally and informally as do the various committees. There is usually more to discuss than time allows. The use of quarterly conference calls makes continuation of these discussions much easier.

Strategic Advisory Committee
The International Strategic Advisory Committee was first proposed during the board meeting in Portland in 2013 and its proposals continue to be implemented. There was much discussion at the recent board meeting about updating the plan as the next phases are implemented. The purpose of the strategic plan was to review the strengths and weaknesses of IPPS and suggest changes that will allow IPPS to be better positioned to react to membership needs in a changing industry and association market place.

New IPPS Website
A major part of the strategic plan proposal was the development of a new IPPS website which was launched at the October 2015 Southern Region meeting in Tampa, Florida. While there have been a few problems with the membership renewal process, the new website is a huge improvement over the previous site. The developers continually respond to requests to fix bugs and make improvements to various sections of the website and content management system. The new digital platform we now have in place will allow for improved communication due to rapidly changing technology. The IPPS board is very appreciative of the time and energy Hans Sittig, the director from the Southern Africa region has put into coordinating and managing this enormous project. This is still a work in progress and changes and improvements will continue to be made as the needs of regions and membership change.

If you have not had a chance to visit the IPPS website recently, I encourage you to do so and see the changes that have been made. We welcome any feedback.

Student Membership
While the overall decline in membership of the past few years seems to have slowed, the board is excited about the increase in student IPPS membership throughout many of the regions. These members are the future of IPPS and we must encourage them to attend regional meetings to fully understand the benefits of IPPS membership and the value of networking within the industry. The board is committed to supporting and expanding exchange visits between regions.

Expansion to China & India
Another interesting development is the possible expansion of IPPS membership in China and India. A small delegation from China joined the 2015 international tour hosted by Southern Region and another group joined the recent international tour in New Zealand. We have established some very useful connections in China and are encouraged by the interest shown in IPPS. Peter Lewis, a former Australian Region director currently works in China and will coordinate the development of this possible region. Todd Jones, the Western Region director was recently asked about the possibility of developing a region in India, as the Western Region president has industry connections there and there is a huge horticultural industry hungry for information. The board is excited about this possible expansion of IPPS membership in parts of the world not currently served or represented by IPPS.

Social Media
For those active with the social media scene, IPPS now has a stronger presence. Most regions have a FaceBook page and there is an active IPPS LinkedIn Group. I encourage members to participate in these groups as they help promote IPPS to a much wider audience.

2017 International Tour
For those interested in traveling with IPPS, the 2017 International Tour will be hosted by the European Region. The tour will start in Southern England, travel to Belgium and end with the annual conference in The Netherlands. The tour dates are July 2 -11, 2017. There will be a post-conference tour to Germany July 14 – 18, 2017. More information is available on the IPPS website. We look forward to seeing many of you in England in 2017.